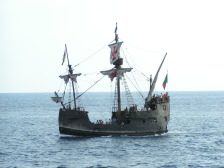 Have a look at the Event Calendar

Saturday evening will be the famous procession again. A taste of Carnival in Rio...in Europe. Enjoy the spirit of the samba sounds and celebrate life.

On the following days parts of the troups will be in the cities around the island and also visting some of the hotels.

Tuesday,  will be the public procession "Trapalhão". The most original disguise will be rewarded.

Have a look at the video:  madeira-live.com/videos/madeira-carnival-parade-2016.html

FLOWER FESTIVAL - in April and May

The whole festivities will be back in place with the:

Every Saturday in June – Fireworks Contest

On Saturdays in there will be a firework at Funchal harbour.

A competition between the best pyrotecnicians, giving a glance of the great New Year’s Eve firework, synchronized with Music. Always worth a visit!

Already a tradition in June. More than 1.000 participants from schools, the city hall and private initiatives. Dive into the past and enjoy!

Exhibition of handy craft, food tasting and tipical music just like 500 years ago. And, of course, everybody is dressed to send us to the past...

Not to miss, once you are in Madeira in June!

In the 1st week of August the gastronomical week in Machico is something you should not miss, music, dancing and of course the specialties of various local restaurants, all gathered together near the beach of Machico.

Enjoy the several beaches and pool facilities on the island, or try a boat trip to change the perspectives...

At night your appetite will lead you to our restaurants, where you can try traditional and extremely tasty dishes, like "espada com banana" or "espetada" (black scabbard with banana, meat on a spit) or other fish and meat dishes.

The last Saturday in August Machico celebrates the fishing season with torches in the hills resembling the fisherboats.

At the end of the job, the torchworkers run down the hill and jump into the sea to refresh from their hot work.

Music, gastronomie and lots of happy people turn this event into a well visited tradition.

Columbus Festival is an event dedicated to the famous merchant, probably from Genoa, paying tribute to this noble navigator by remembering his stay in the Archipelago of Madeira.

This event will take place in September on the Island of Porto Santo, at the city of Vila Baleira, and features many cultural activities, namely music concerts, exhibitions and historic parades, as a tribute to epic Portuguese Discoveries.

September
The traditional "Nossa Senhora da Piedade" Festivity is celebrated every year in Caniçal. Thousands of people participate in the festivity in honour of Our Lady of Mercy, which is held on the third weekend of September.

This characteristically rural event brings together many farmers from several regions, which turn the production of the “pêro”, common name for apple, into a widely animated festival of great projection, along with its usual food and drink stalls.

With the aim of promoting the secular tradition that is behind the manufacture of cider, the village of Santo da Serra annually promotes a popular festivity as a tribute to the cider, a local popular beverage, in a festivity which guarantees lots of entertainment.

Madeira, whilst tourist destination par excellence, could not abide from joining in on the commemorations of the World Tourism Day, which this year are dedicated to the topic “Tourism and Community Development”.

Feel the landscape around you! Dive in it! Take a deep breath!
Surrender to the charms of an island that exhales energy and inspires emotion and adventure.

One of the most important Madeiran festivities happens in the month of October, in the municipality of Machico, east of Madeira.

The streets of Machico are filled with candle lights from the people carrying candles to make a wish or thank for a wish that had come true. There is a story of the cross of the chapel that was taken by the flood and the ship picking up the cross was lead back to shore...

In December the streets in Funchal and other cities on Madeira are filled with Christmas lights and decorations.

Enjoy an evening strolling around the streets, or having a drink under the colourful lighted trees in Funchal City. Even if you have come to avoid the stressful Christmas season you will be delighted with the warm colours around.

End of the Year Madeira Festivities

1st December - Beginning of the illuminations in downtown Funchal

Countdown to the special and famous firework in Funchal. At least 10 minutes of synchronised fireworks launched from various spots in Funchal.

A must if you are on the island. If you are not, have a look at Funchal Webcams or you tube...